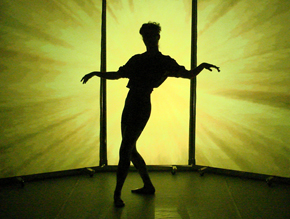 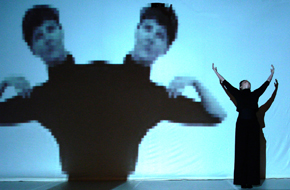 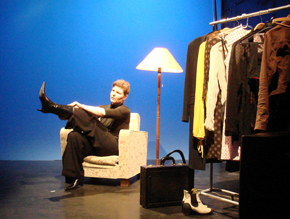 Facade – an installation solo for dance and computers

Facade is a unique portrait of a woman, told through a hybrid of virtual interactive media and choreography. The solo merges the traditional stage-performance with digital installations, and the laptop computer’s intimate access to our public lives. The outcome is an overall portrait of a woman, her personal world and her existence in the outside world.

The audience is invited to explore the onstage installation before and after the performance.