Zeitgeist is a site-specific piece created for the Women’s Museum by Signe Klejs. Moving colors illuminate the facade windows and can be experienced outside the building when it is dark. The work is based on a luminous visualization of the wind, which is recorded by a anemometer on the roof of the Women’s Museum.

Movement and changeability are key words for the Women’s Museum, which conveys different times different views of gender and trends that seem to change “as the wind blows”.

The color choice in the installation is taken directly from two large glass mosaics in the museum’s stairwell. They are from 1908 and are examples of the mediating glass art of the time, where Zeitgeist is a bid for today’s. By using interactive technologies, the impossible has become possible; to make a facade decoration that does not embarrass / exaggerate, but which merges into the old town hall.

The Zeitgeist is initiated by the Women’s Museum. The technical solutions are made by Signe Klejs in collaboration with Pappagallo and CAVI from Aarhus University, who also made dissemination through light for a research project.

A special thanks to Merete Ipsen, Julie Rokkjær Birch and Stephen Willacy. 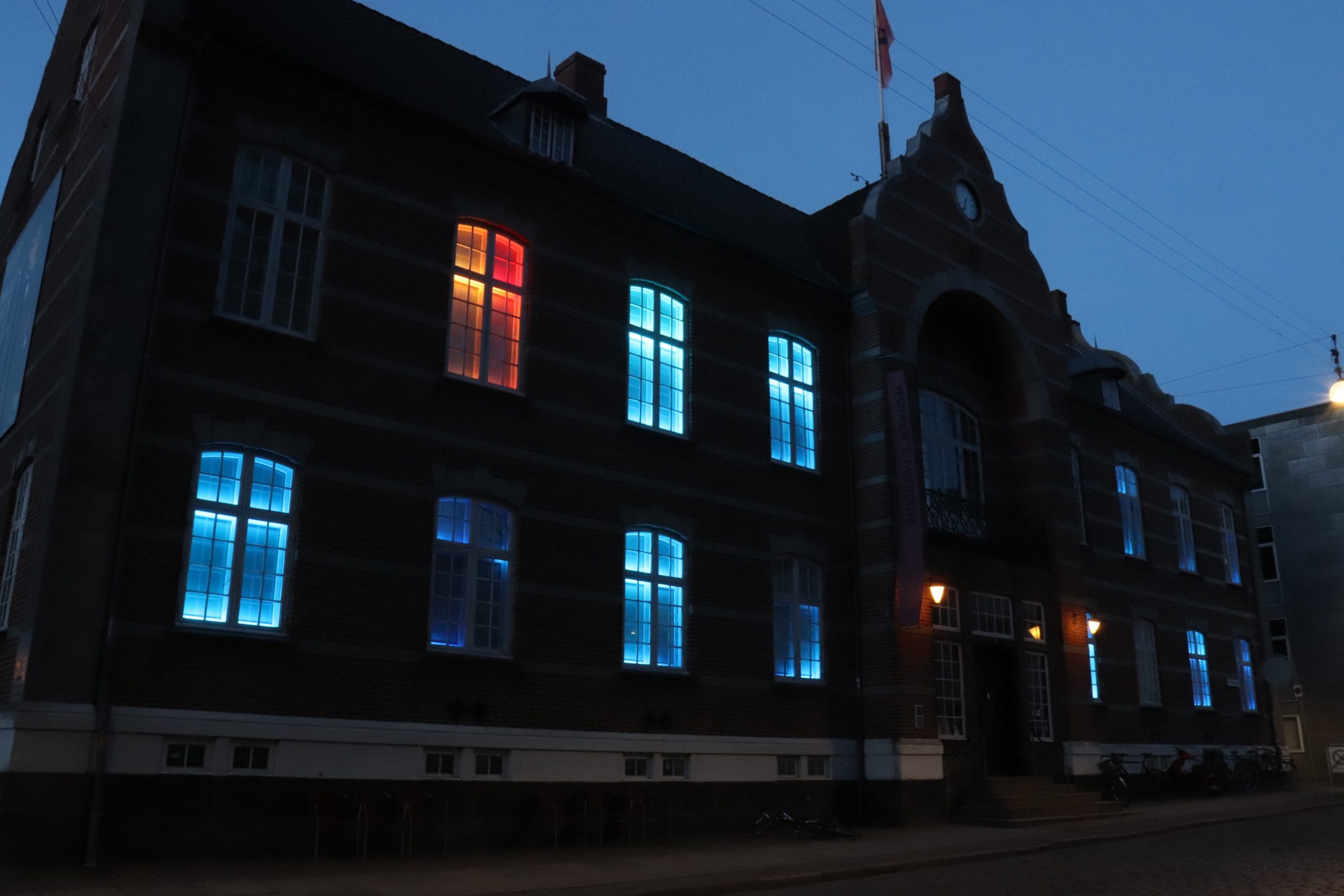 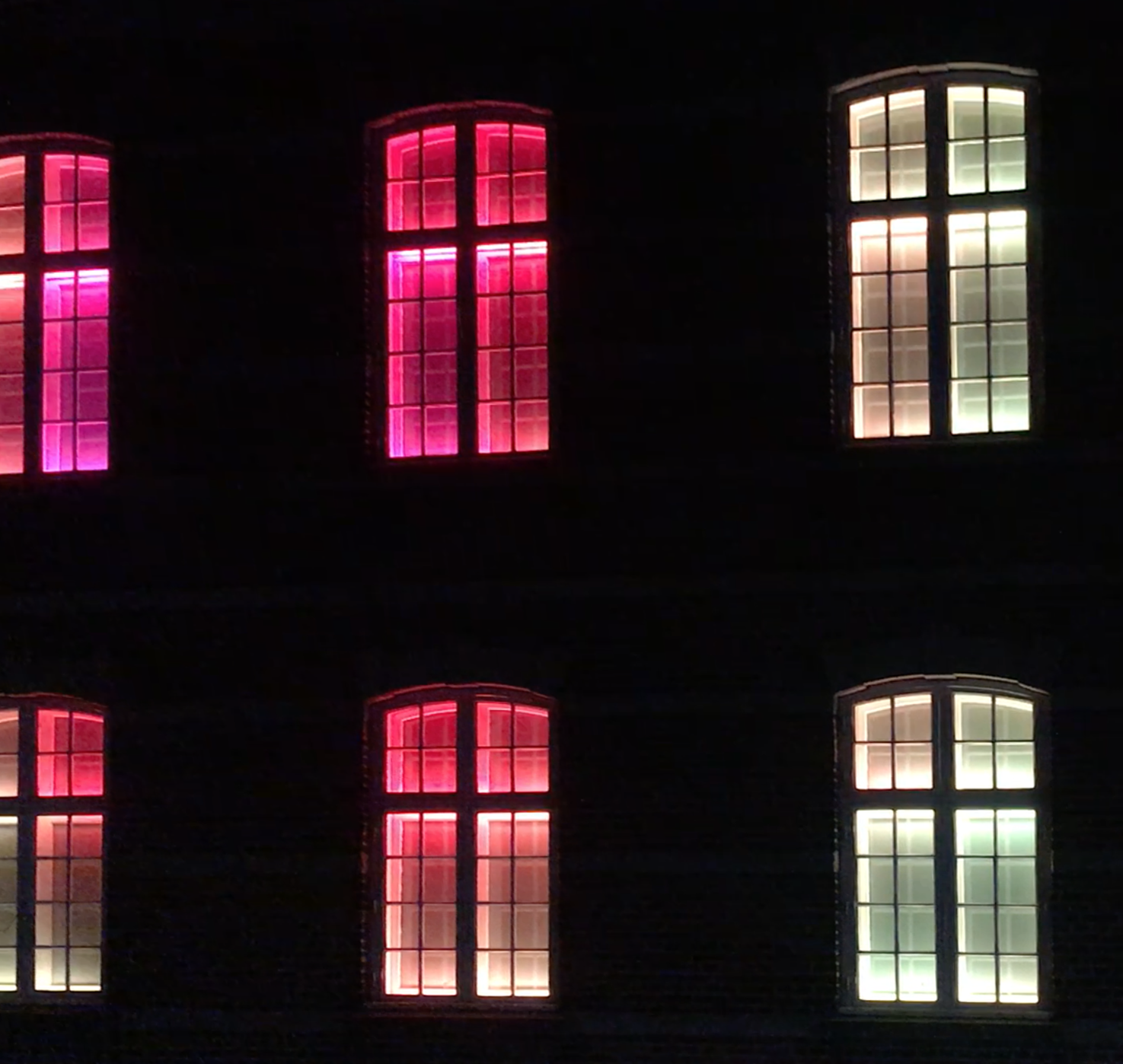 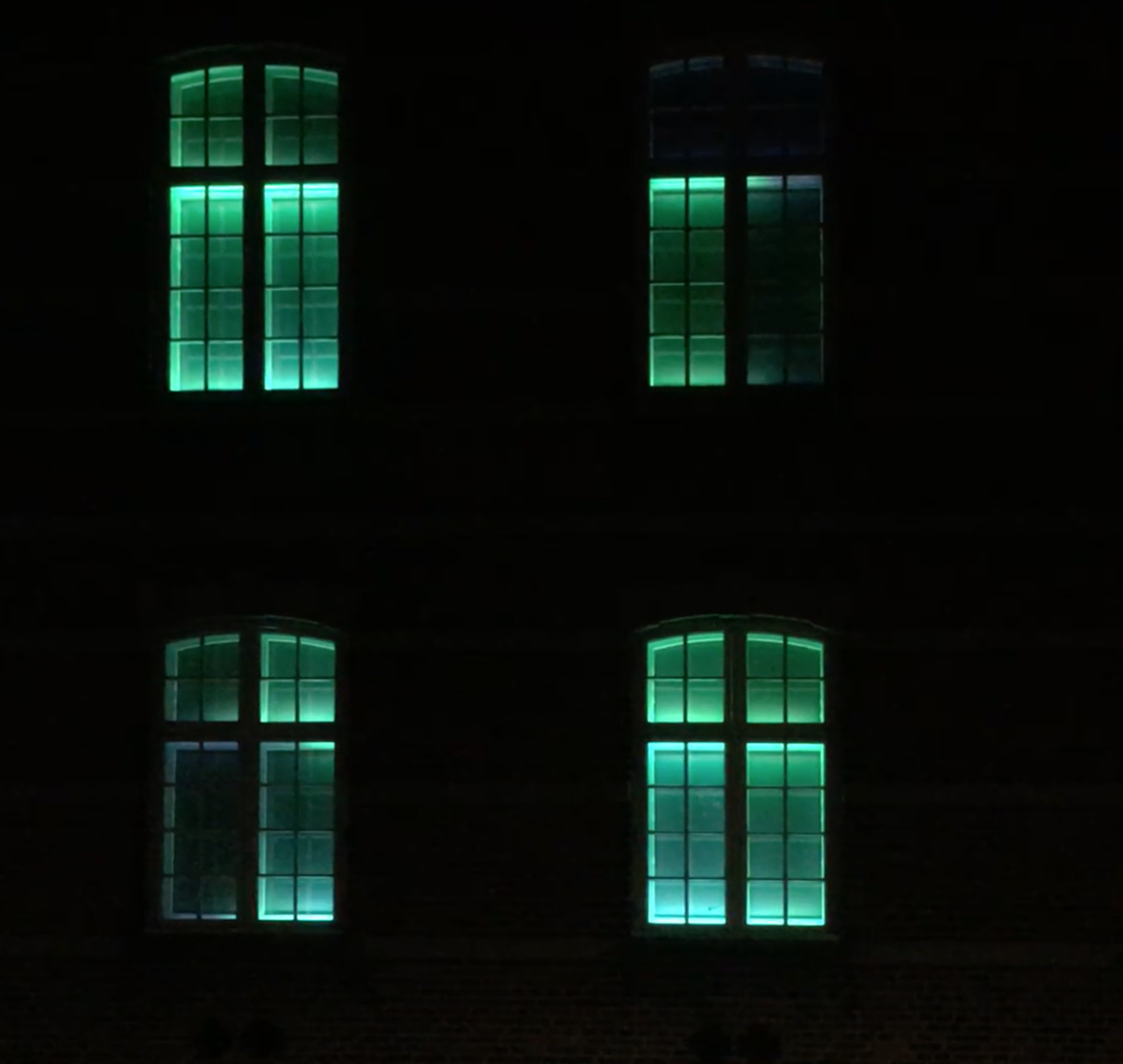 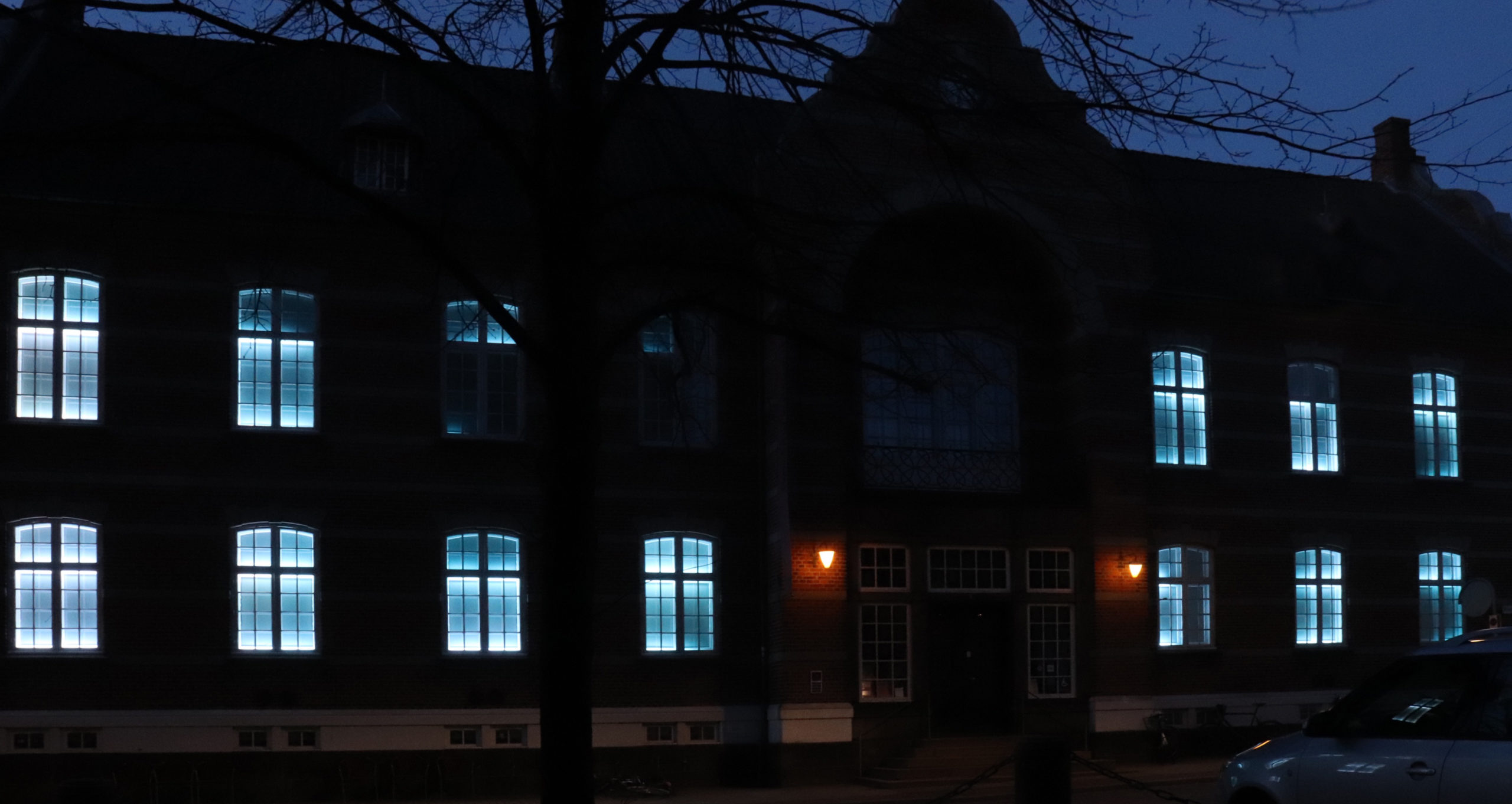 Prev
Suspension 2019
Next
Waiting for a brighter future2019