Stream - a hymn to the river Gudenåen

If you live as close to wild nature as you do in Bjerringbro right by Gudenåen, it is to a large extend a part of everyday life. With everything that entails of pride, joy, irritation and worry.

Gudenåen is an overwhelming sight for those who are not familiar with it. It is the only river in Denmark, or the country’s largest stream; one understands the peculiar title; there is an incredible amount of water, with the varying ripples and formations on the surface depending on the changing conditions of the stream. Gudenåen has a dynamic behavior that is related to the season, the weather and the other surrounding ecosystems and the stream’s connection to other waters and tributaries.

A stream of that size, you coexist with. It affects the culture and shapes the people who live around it. That’s how it is now and that’s how it was before. In earlier times Gudenåen has been of crucial importance as an infrastructure where freight has been carried along the waterway by the towpath. The stream is the reason why Bjerringbro was built exactly where it is located - a cornerstone to the city’s identity.

Through time, stories of recreation and fishing, but also floods and drowning accidents, have formed the myth and history that continues to be written to this day.

Today the stream and its banks are part of the city’s recreational areas, for the development of a dynamic outdoor life - with the flow of water as a backdrop.

Stream is an artwork of light that, based on continuous measurements of the current in Gudenåen, changes color and dynamics. The artwork will never appear the same, as the color and speed will vary with the current of the stream - and thus imitate the change in the stream itself. When the sun goes down, darkening the city’s unlit ares, the lights go on and take the night shift, contributing to the changing light in the urban space during the dark hours.

The installation consists of two parts, as it extends over the bridge and under the viaduct on Brovej in Bjerringbro.

The artwork consists of more than 200 LED lights that are mounted on the balustrades on the stretch. By using an already existing reflection surface, the work can have an extent and fullness in the urban space, so that as many people as possible can benefit from it.

The project has been implemented in collaboration with Brian Danner Hessellund, Lighting-Up and CAVI, Aarhus University. 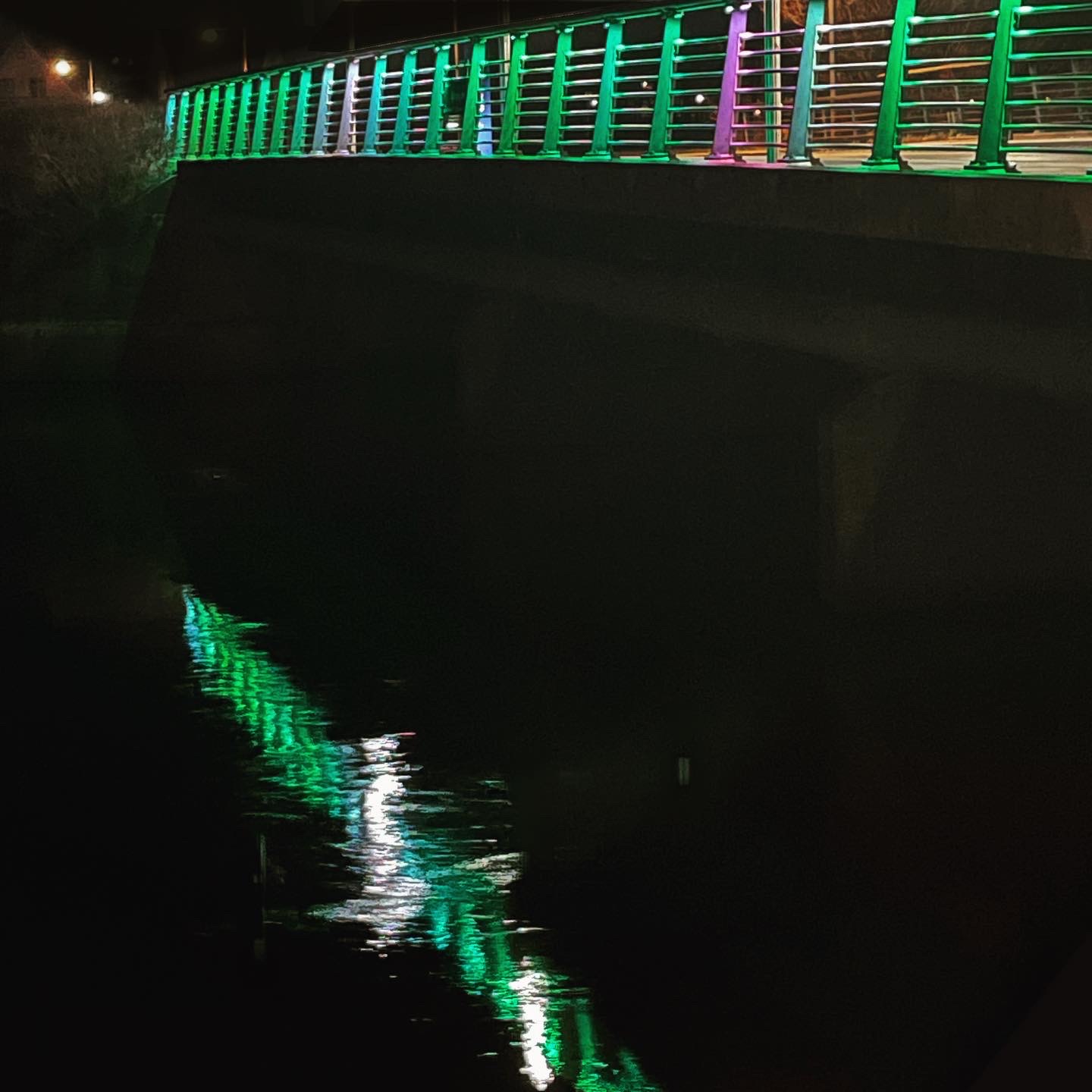 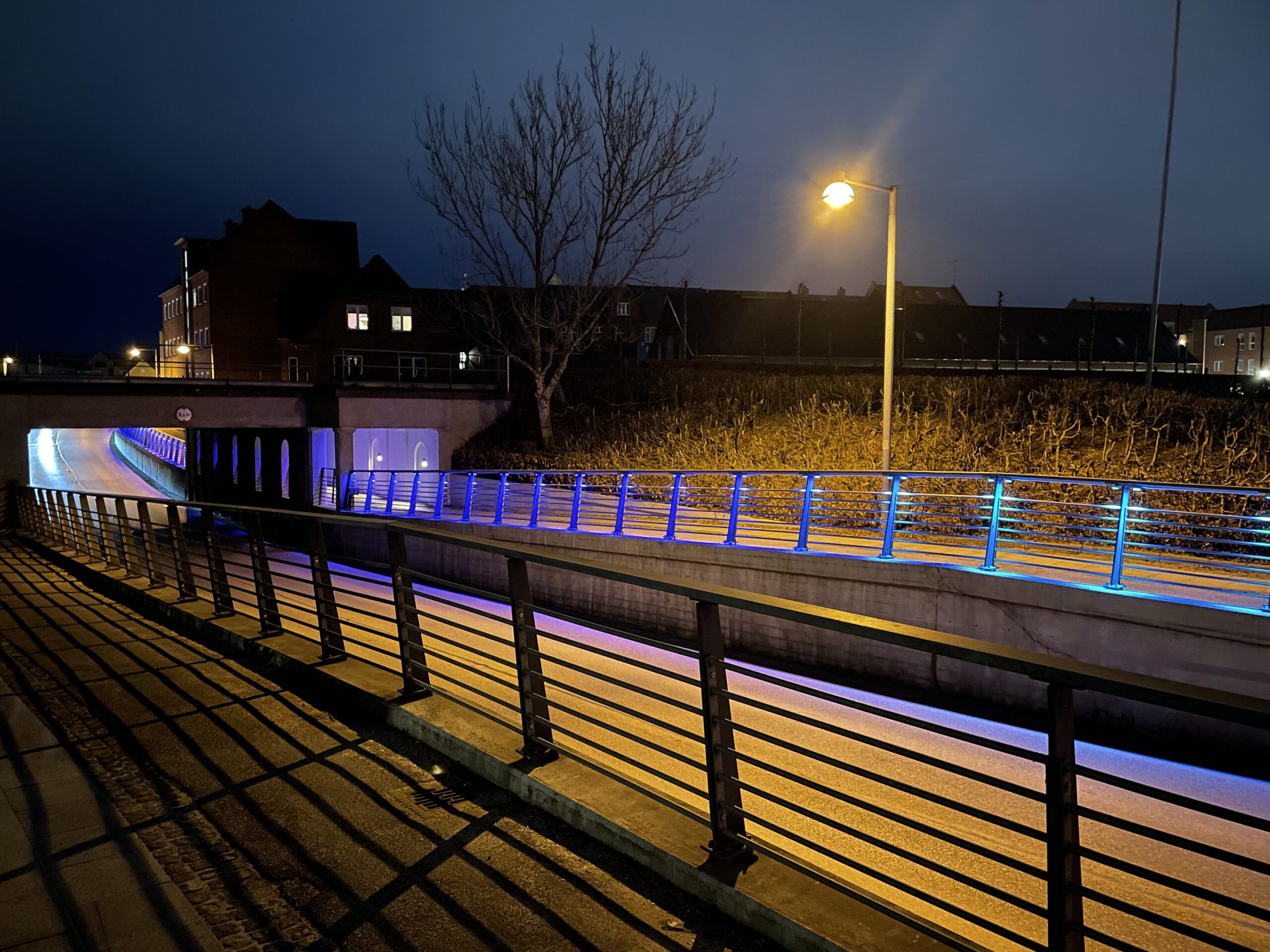 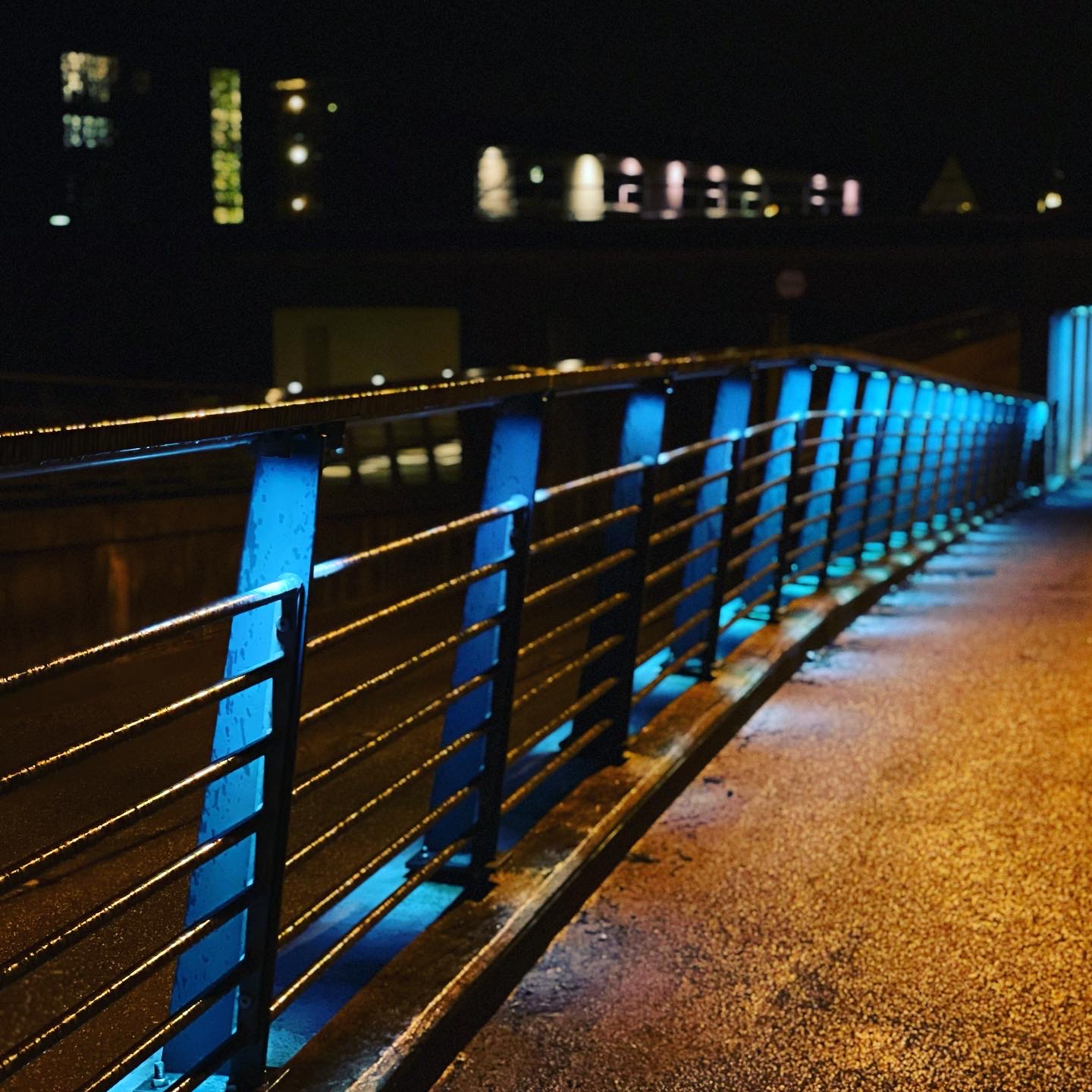 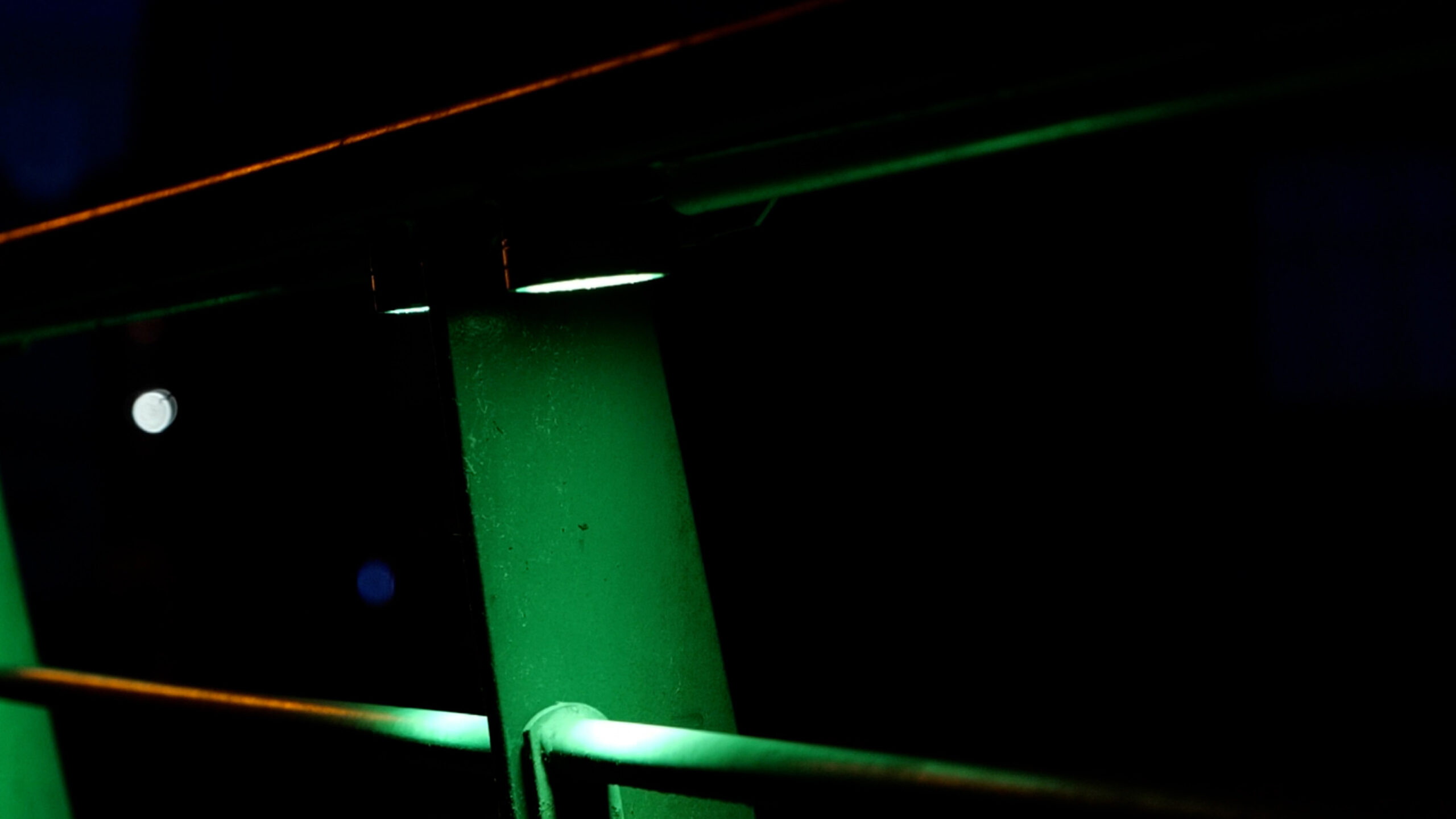