A Butterfly flapping its wings can be the cause of a hurricane on the other side of the Earth. That is a popular interpretation of chaos theory, which describes how small changes at the beginning of a process can have significant effect later on.

The exhibition BLOWN AWAY is influenced by chaos theory and addresses the ways in which human actions can affect our surroundings and have more impactful consequences than can be predicted. Do we have enough understanding of the fact that we are a global community in which everyone and everything is affected? How do we part with the things that are disappearing as a result of our actions?

Klejs refers to her video installation as a Butterfly Necropolis as it consists of a video archive depicting colors and patterns from the more than 12 species of butterflies which are now extinct in Denmark. This extinction which has happened over a few decades and is caused by changes to their living conditions. Butterflies are called nature’s thermometers because they react quickly to environmental changes. Farming of more land and climate changes affect flora and fauna and more than half of the butterfly species here in Denmark are therefore vulnerable or threatened by extinction.

A special thanks to Butterfly expert Anne Erland Eskildsen and CAVI, Aarhus University.

The Exhibition is supported by Kulturudviklingspuljen (City of Aarhus), Augustinus Fonden and the Danish Arts Foundation. 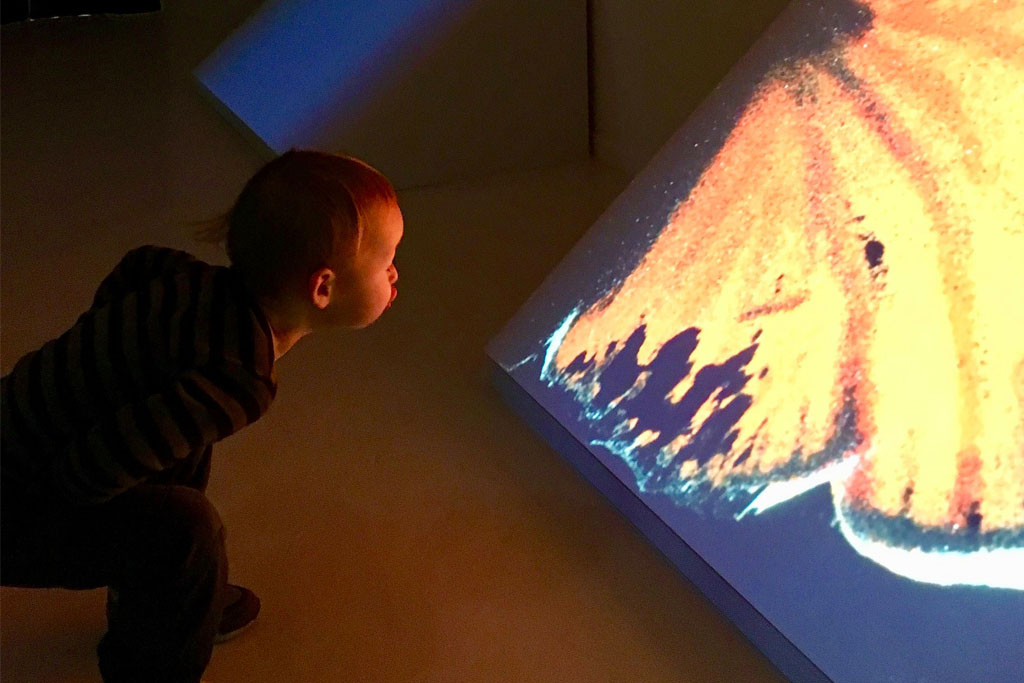 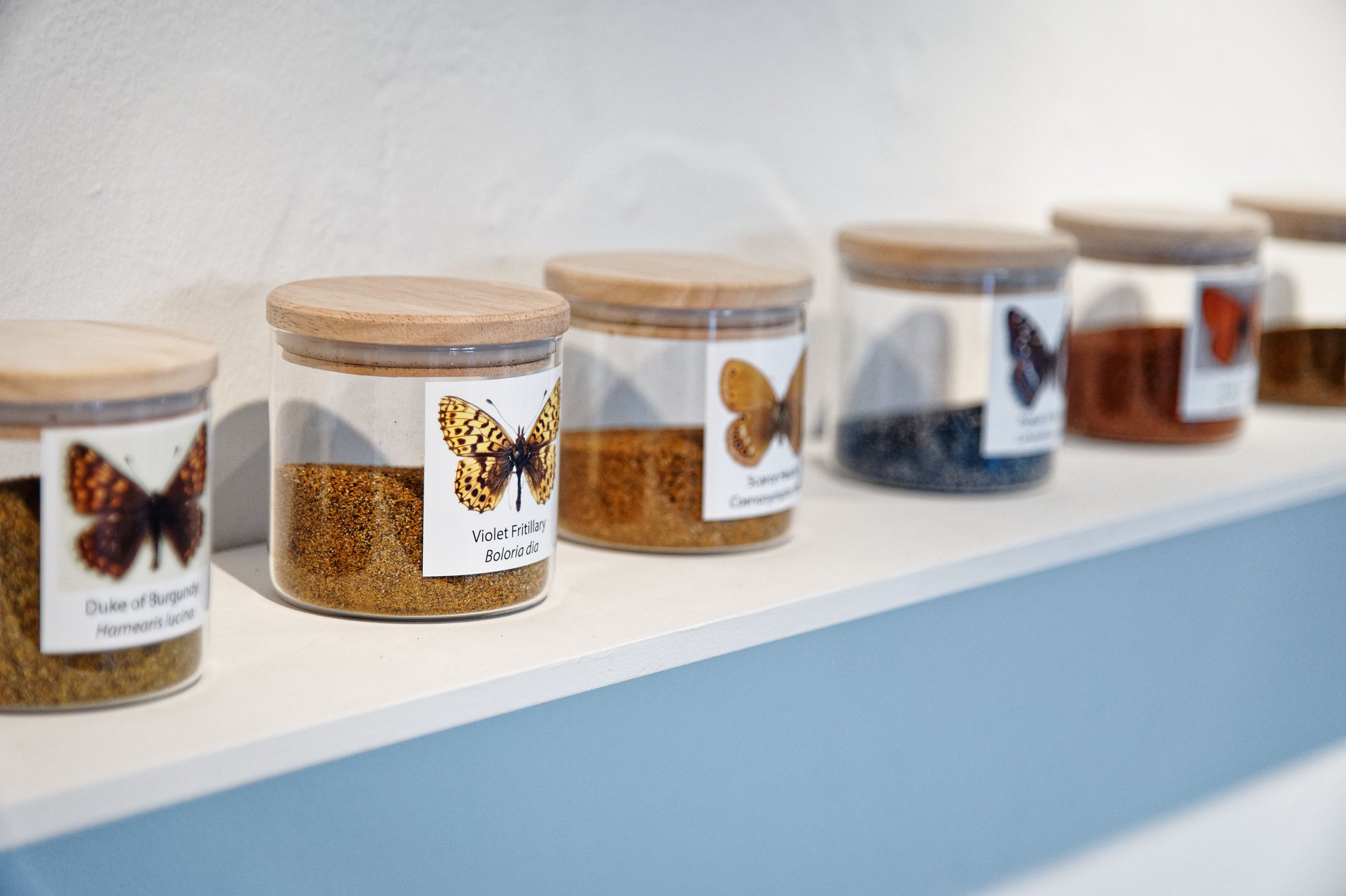 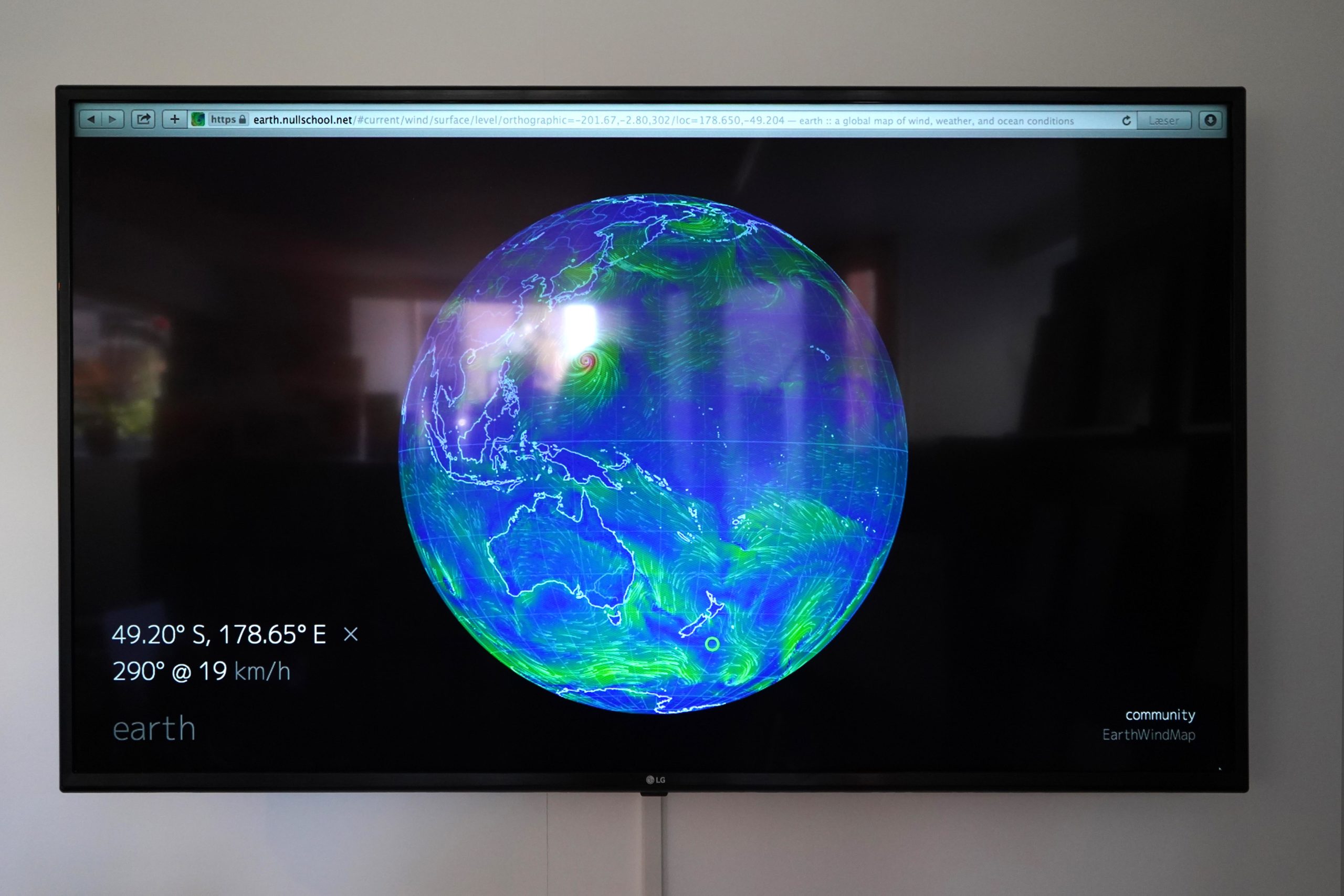 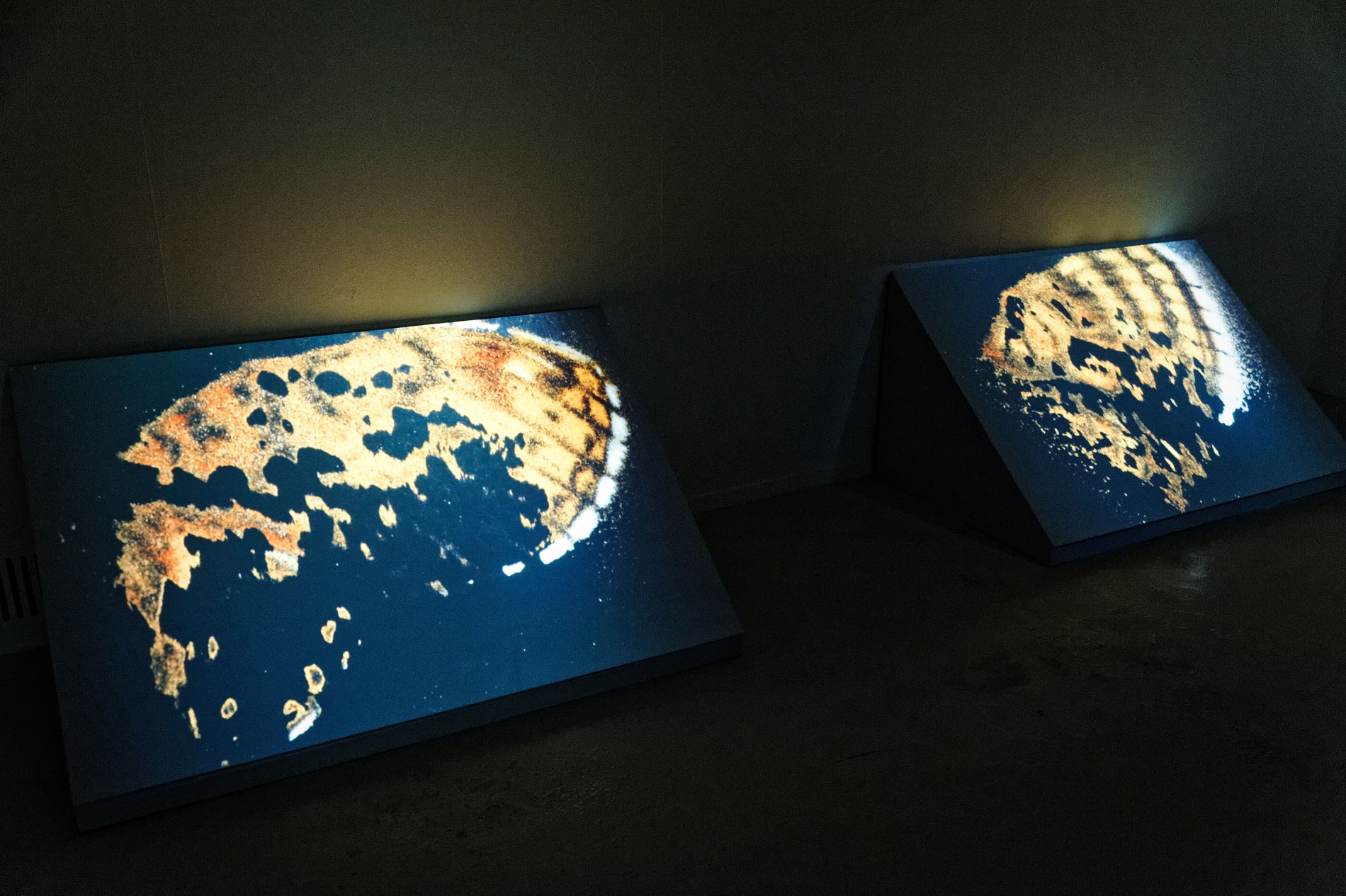 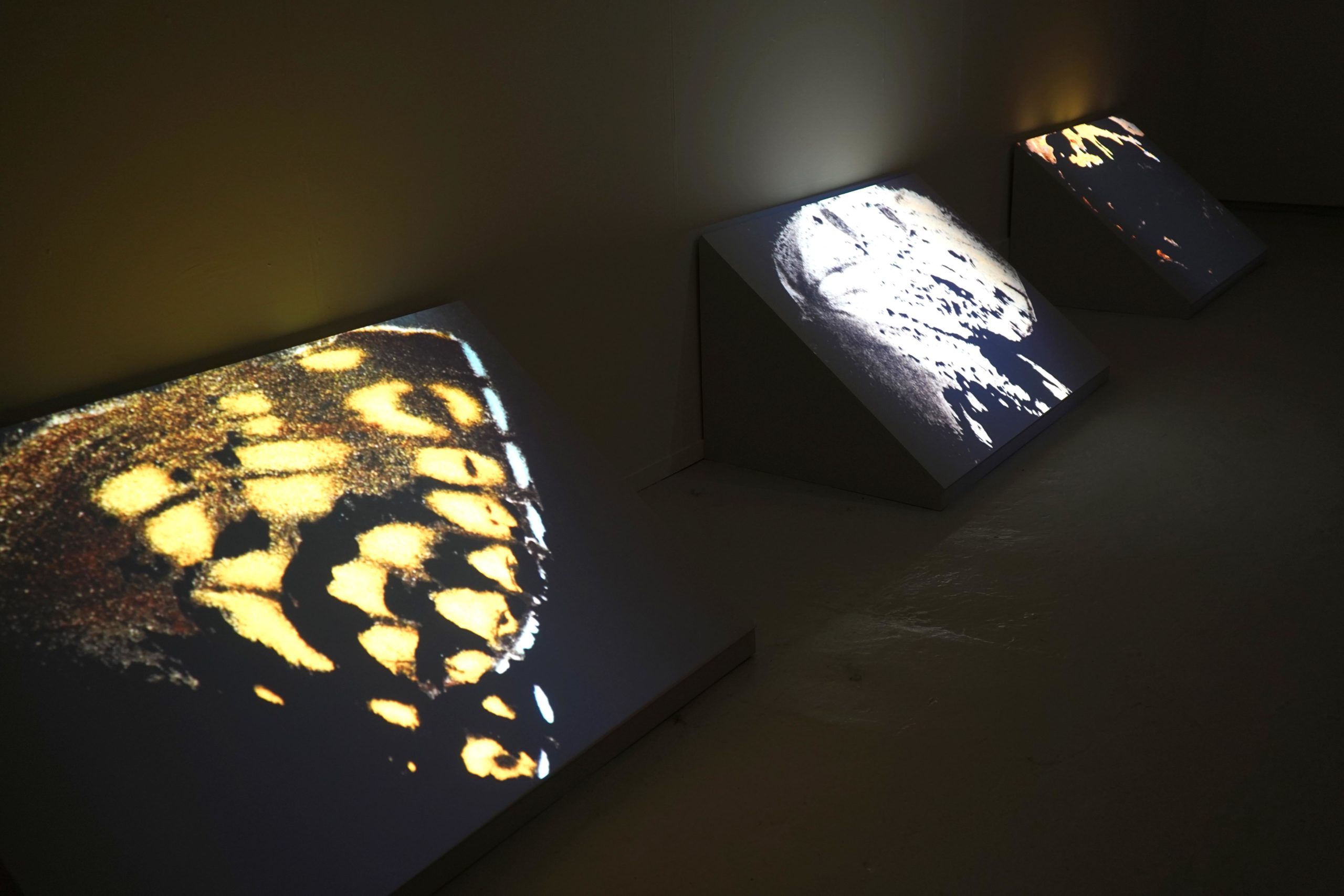 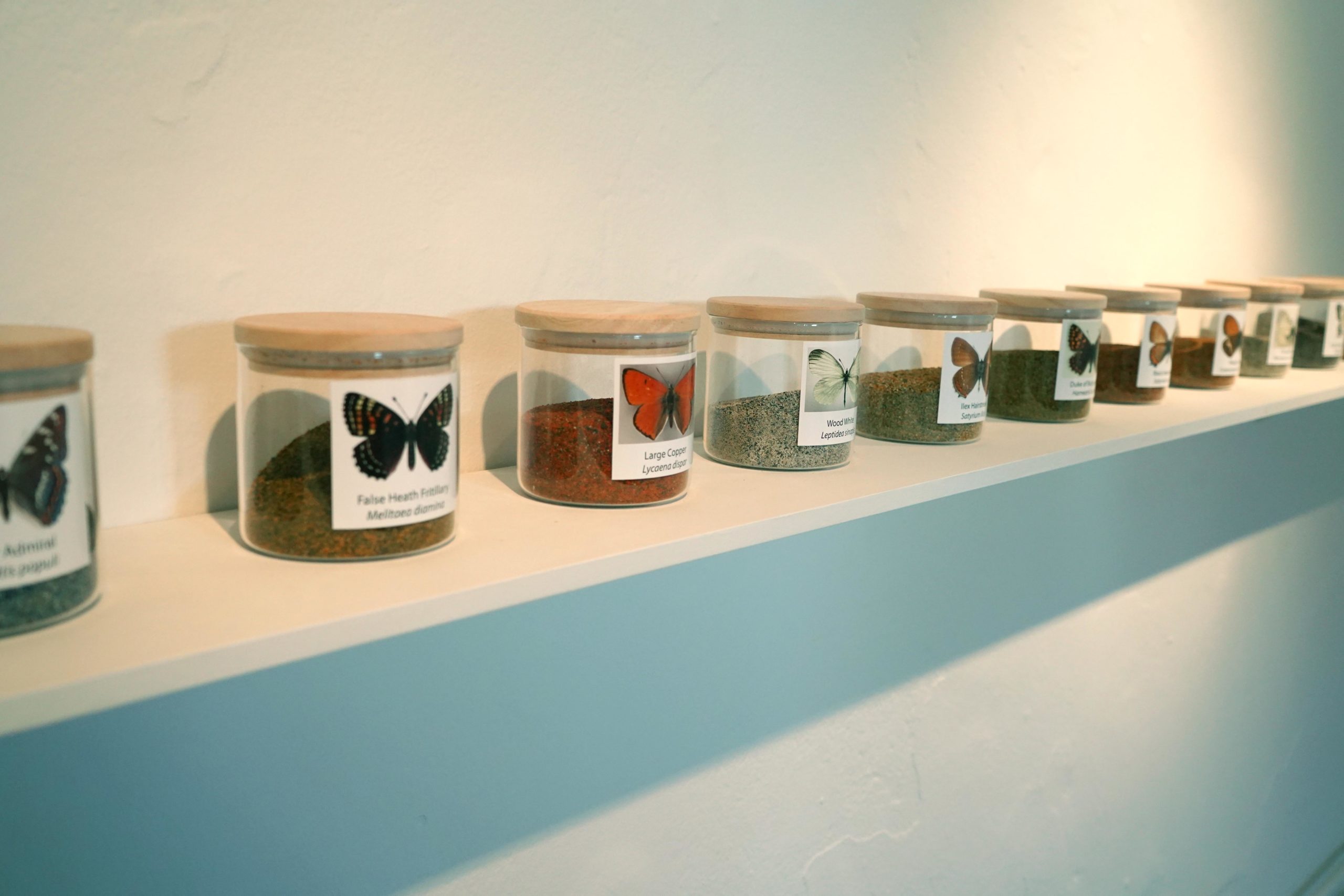 In the exhibition, extinct species are depicted with colored sand, like Buddhist sand mandalas – a tradition that is meant to remind us that nothing lasts forever, where monks carefully create large symmetrical images with colored sand that are then destroyed during a ritual, after which the sand is distributed back to nature.

In BLOWN AWAY the butterfly images are blown away. The wind is derived from wind data in real time from the sea southeast of New Zealand – literally on the other side of the planet. In this way, the direct effect caused by wind conditions from far away is made visible.

Klejs’ latest works all engage with variability as a result of changes in the surrounding environment. She has used data from sources such as the setting sun and local wind conditions, seeking to depict the relationship between environment (nature) and artwork (culture). 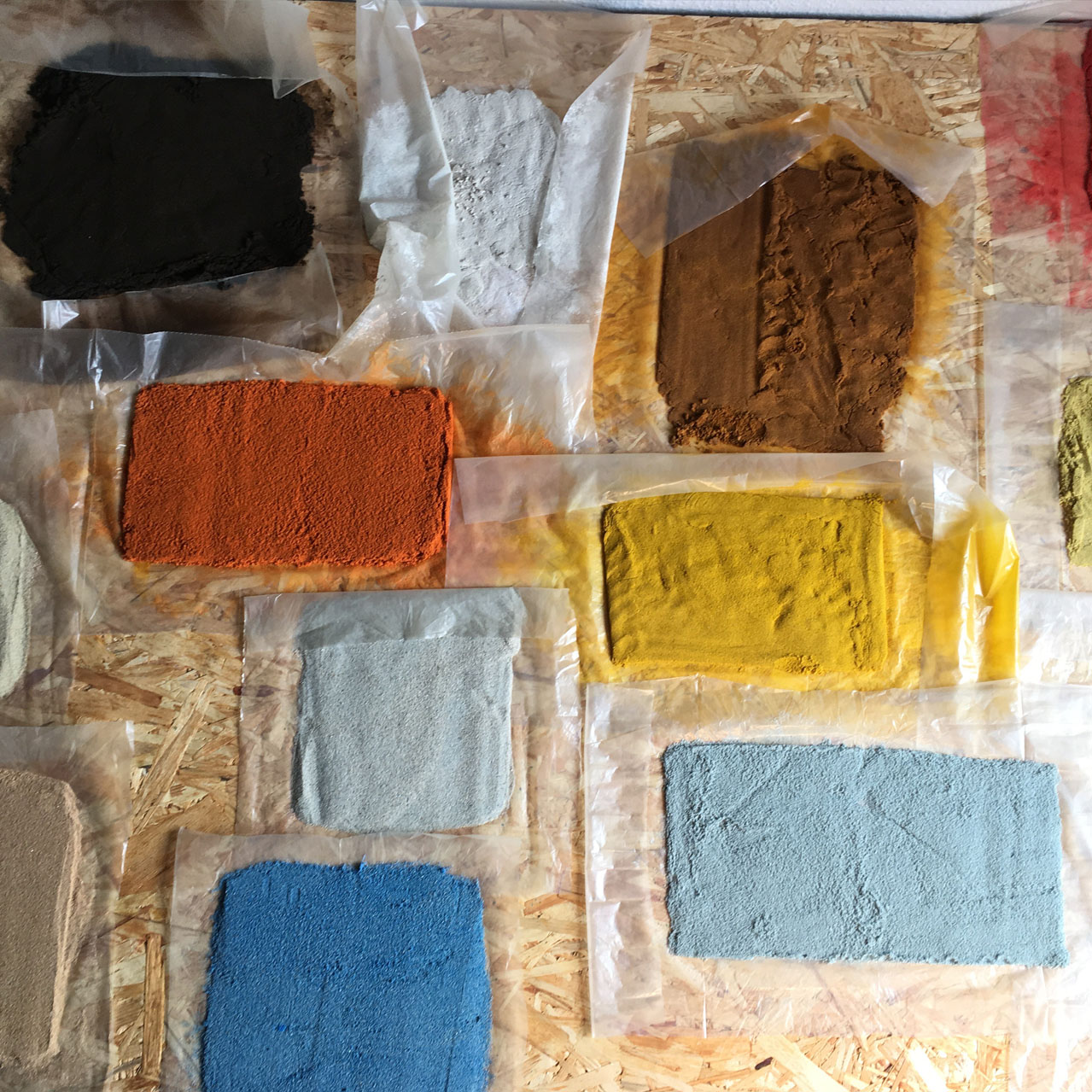 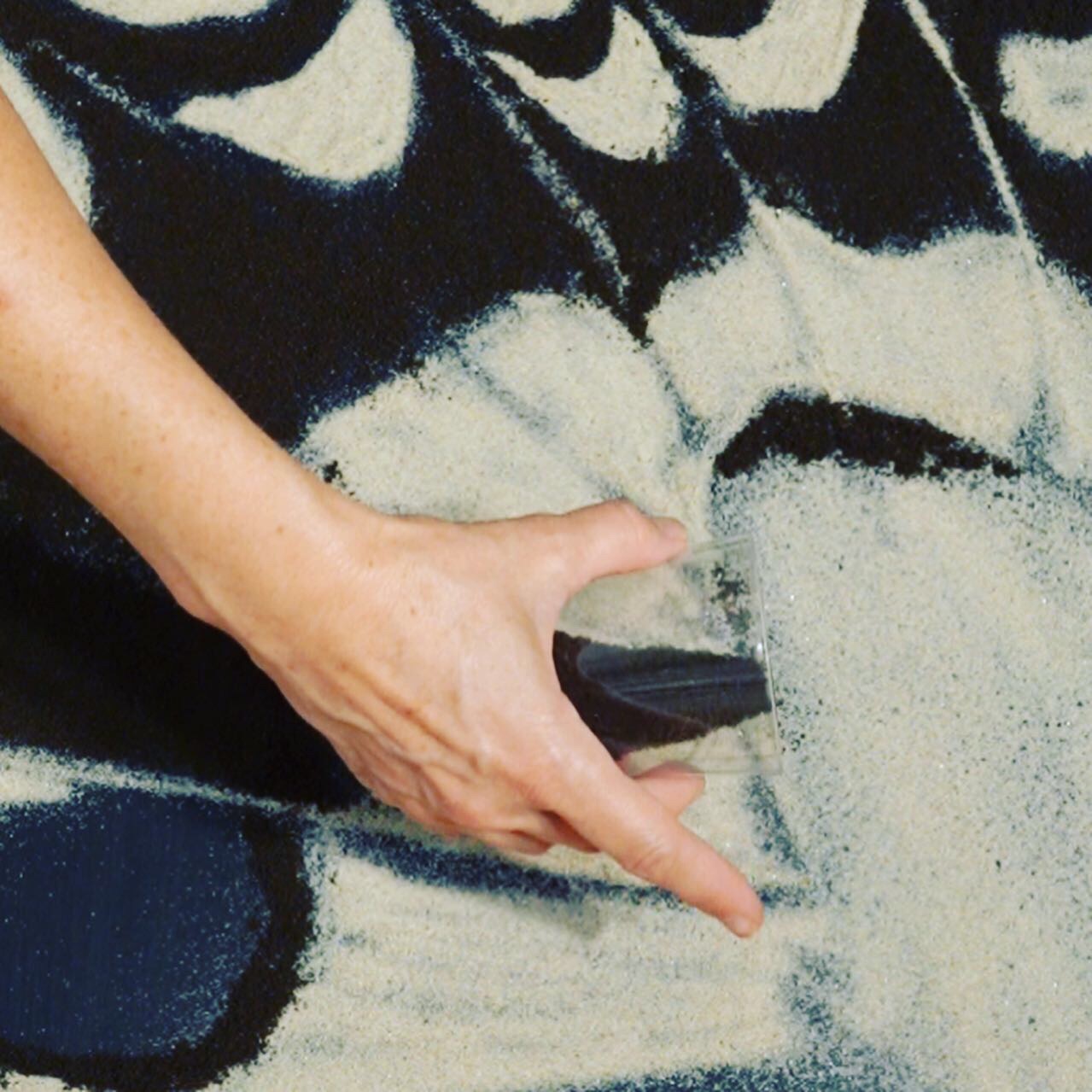